One question has stuck with me recently when thinking about ideas of all sorts: How would you know if you were wrong? (I think Karl Smith posted it a while back--not to me--but I can't find where now.) This question gets at the core of what it means to "do" science. You can't have scientific debate with non-falsifiable claims. A falsifiable claim is one that could, in theory or reality, be untrue. A claim that is falsifiable can be tested, either in theory or in 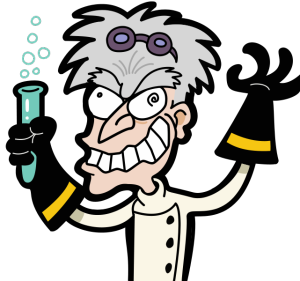 practice. Claims like "If the South had won the Civil War then WWI would not have happened." are testable only in theory, with what we call "counterfactuals," or thought experiments. The claim that "if you jump off that building you will die" is testable in practice, but messy. Andrew Gelman has four points about thinking like a scientist that get at this principle (and a few others):

This comes to mind because of the research I'm doing on Mexican drug violence. Several times I've run into politicians or law enforcement officials saying that the increase in violence shows that they are succeeding. Now on one hand this makes sense--if the organizations feel threatened or are turning on each other, sure, violence would go up. On the other hand, though, this is a non-falsifiable claim. I want to ask them, "how would you know if you were wrong? Are you saying that if you were failing then violence would be going down?" That seems absurd and none of them would actually own up to that. But making a non-falsifiable argument means you can never be proven wrong, which is great if that's what you're into, but that kind of pride comes with lots of costs for our understanding of the world.

The absence (or at least comparative scarcity) of non-falsifiable claims in religion is why it often butts heads with science. Or at least they seem to butt heads, when really they're probably talking past each other. The ultimate claim of religion, at least as far as I can tell, is for the existence of God. Now this claim may take on particular forms in certain religions that lead to testability (say, whether Jesus actually walked the earth) but on its own the question cannot be answered in this life. You have people who live as if there were no God and others who live as if there is one. The test comes after this life is over.