(And not very many answers.) 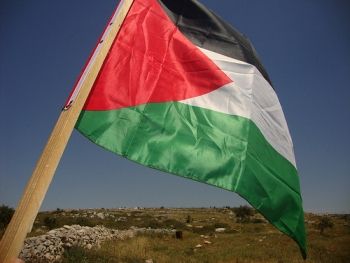 According to Reuters, Mahmoud Abbas is going to formally request full UN membership for Palestine today.

How will Arab states react? It's hard to say. Just going off of intuition and experience, I think Jordan will support it (they have a large population of displaced Palestinians, so public opinion favors it and the elites will favor it so they can re-displace the Palestinians in the near future) and Saudi Arabia will support it because they want to remain a leader in Arab public opinion, especially with Egypt in transition and the need to keep Iran out of the driver's seat. The other countries have so much going on domestically that it's hard to say. And to be honest I haven't been staying on top of the news this week, so I could be very wrong even on these two--put links in the comments if I am.

Why has the US already committed to a veto? I'm not sure. Obviously the role of the Israel lobby is huge. But my guess is that they were trying to keep this from coming to a floor vote--since the US is a permanent member of the Security Council, they have a lot of power (I'm not sure if a SC veto will matter if this comes to a general vote--any UN people out there?). However, this leads to two further questions.

Is this a credible commitment? I hope not. This is a unique window of opportunity, and it seems unreasonable to make a public commitment to vote one way or the other.

How does this affect the peace process? For me, this is the most interesting question. For decades, the buzzword has been "two-state solution" and now that that is reasonably possible (you can disagree with me on its reasonability or plausibility), both Israel and the US have reneged. Internationally, this looks bad. We can argue about whether Palestine needs sovereignty before they can meet the demands placed on them or vice versa, but ultimately a veto leaves the US without much cachet in Palestine and perhaps the Arab world more generally. To be totally cynical for a moment, how does it look if we refuse statehood to an enduring democratic nationalist movement? It's like saying "we want democracy in the Middle East, but only if it comes at the barrel of a gun--our guns."

And a final question, from a Palestinian...

"Why should the United States remain the main broker in the peace talks if they are so biased?"