Just found out that some commenters over at TMC had some thoughts on this graph. Readers who saw the graph here will know that I didn't use it to make any political arguments, I simply left it as a display without much comment. The graph was made when I was first learning about ggplot, and was exploratory in the sense that I wanted to see how many dimensions I could get into a single plot. I've "fixed" the graph (below) based on Brad's helpful suggestion:

I say "fixed" because this time I deliberately changed the color scheme in the hopes that people would take a minute to think about the graph rather than just react on the assumption that I was making a political point. 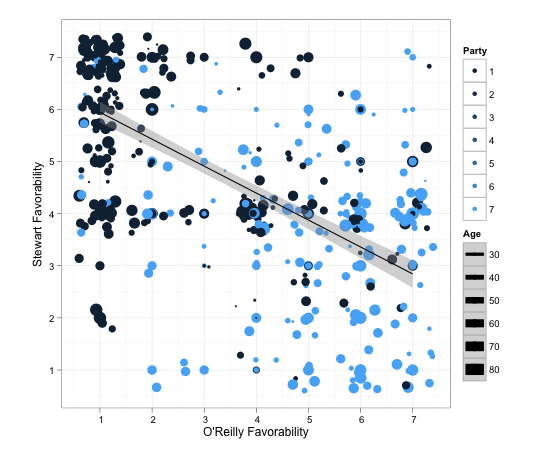 Personally, the lesson I'm taking away from all of this is to email other bloggers when I mention their material. Finding out you've been criticized months later isn't super helpful (even when the criticism itself is).