Genuine nerd fun for your Wednesday: 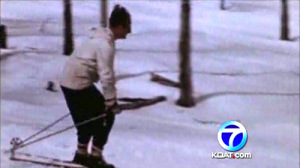 Los Alamos National Lab (LANL) recently released footage of Manhattan Project scientists relaxing in their free time. The video clip includes skiing, horseback riding, and other social events. My favorite part is the mention of how ski slopes did not exist in the area back then, so the ordnance director used explosives to clear a path.

There's more to say on why it is necessary to humanize weapons creators (see here), or how Americans would feel seeing German or Soviet scientists doing this same thing, but that's not the purpose of Wednesday nerd fun. Just relax.