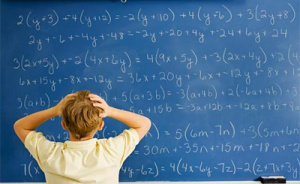 Regular readers know that education policy is not my forte (although I have expressed some opinions), but there was a confluence of articles over the weekend that I feel the need to discuss here. The first was Andrew Hacker's outrageous op-ed in the New York Times suggesting that freshman college algebra is unnecessary. It contained such doozies as this:

It’s not hard to understand why Caltech and M.I.T. want everyone to be proficient in mathematics. But it’s not easy to see why potential poets and philosophers face a lofty mathematics bar. Demanding algebra across the board actually skews a student body, not necessarily for the better.

OK, not everyone is going to be an engineer. But algebra? Come on. Virtually everyone who goes to college should have encountered algebra in high school. Now, I might be biased by this because lately I have found myself wishing I had taken much more math as an undergraduate. But even though calculus might not be necessary for everyone, the ability to solve for a single variable seems essential in everyday life. (I could provide examples, but they would cover only a small subset of the things for which algebra can be used.)

John Patty has a better response than anything I could come up with at the moment, so go read it. If anything Patty is softer on Hacker than I would be, but he does a great job pointing out the logical flaws in Hacker's argument.

And finally, here is a piece from 2008 on the innumeracy of college professors. The bias against math and science in humanities departments is palpable. To be fair, many physicists and mathematicians have a similar antipathy toward the liberal arts. But if we are going to require art history, music appreciation and the like to broaden the minds of students (a requirement that I am not opposed to), then it would be a crime to omit such basic life skills as algebra. I am not saying that we all need to become engineers, but encouraging students to forgo math does not bode well for our future.