What do fighter pilots, casinos, and streetlights all have in common? These three disparate topics are all the subject of statistical thinking that led to (and benefitted from) the development of modern computing. This process is described in Turing's Cathedral by George Dyson, from which most of the quotes below are drawn. Dyson's book focuses on Alan Turing far less than the title would suggest, in favor of John von Neumann's work at the Institute for Advanced Studies (IAS). Von Neumann and the IAS computing team are well-known for building the foundation of the digital world, but before Turing's Cathedral I was unaware of the deep connection with statistics.

Statistical thinking first pops up in the book with Julian Bigelow's list of fourteen "Maxims for Ideal Prognosticators" for predicting aircraft flight paths on December 2, 1941. Here is a subset (p. 112):

7. Never estimate what may be accurately computed.

8. Never guess what may be estimated.

This early focus on estimation will reappear in a moment, but for now let's focus on the aircraft prediction problem. With the advent of radar it became possible for sorties at night or in weather with poor visibility. In a dark French sky or over a foggy Belgian city it could be tough to tell who was who until,

otherwise adversarial forces agreed on a system of coded signals identifying their aircraft as friend or foe. In contrast to the work of wartime cryptographers, whose job was to design codes that were as difficult to understand as possible, the goal of IFF [Identification Friend or Foe] was to develop codes that were as difficult to misunderstand as possible.... We owe the existence of high-speed digital computer to pilots who preferred to be shot down intentionally by their enemies rather than accidentally by their friends. (p. 116)

In statistics this is known as the distinction between Type I and Type II errors, which we have discussed before. Pilots flying near their own lines likely figured there was a greater probability that their own forces would make a mistake than that the enemy would detect them--and going down as a result of friendly fire is no one's idea of fun. This emergence of a cooperative norm in the midst of combat is consistent with stories from other conflicts in which the idea of fairness is used to compensate for the rapid progress of weapons technology. 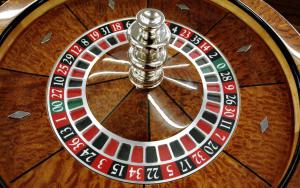 Chapter 10 of the book (one of my two favorites along with Chapter 9, Cyclogenesis) is entitled Monte Carlo. Statistical practitioners today use this method to simulate statistical distributions that are analytically intractable. Dyson weaves the development of Monte Carlo in with a recounting how von Neumann and his second wife Klari fell in love in the city of the same name. A full description of this method is beyond the scope of this post, but here is a useful bit:

Monte Carlo originated as a form of emergency first aid, in answer to the question: What to do until the mathematician arrives? "The idea was to try out thousand of such possibilities and, at each stage, to select by chance, by means of a 'random number' with suitable probability, the fate or kind of event, to follow it in a line, so to speak, instead of considering all branches," [Stan] Ulam explained. "After examining the possible histories of only a few thousand, one will have a good sample and an approximate answer to the problem."

For a more comprehensive overview of this development in the context of Bayesian statistics, check out The Theory That Would Not Die.

The third and final piece of the puzzle for our post today is the well-known but not sufficiently appreciated distinction between correlation and causation. Philip Thompson, a meteorologist who joined the IAS group in 1946, learned this lesson at the age of 4 and counted it as the beginning of his "scientific education":

[H]is father, a geneticist at the University of Illinois, sent him to post a letter in a mailbox down the street. "It was dark, and the streetlights were just turning on," he remembers. "I tried to put the letter in the slot, and it wouldn't go in. I noticed simultaneously that there was a streetlight that was flickering in a very peculiar, rather scary, way." He ran home and announced that he had been unable to mail the letter "because the streetlight was making funny lights."

Thompson's father seized upon this teachable moment, walked his son back to the mailbox and "pointed out in no uncertain terms that because two unusual events occurred at the same time and at the same place it did not mean that there was any real connection between them." Thus the four-year-old learned a lesson that many practicing scientists still have not. This is also the topic of Chapter 8 of How to Lie with Statistics and a recent graph shared by Cory Doctorow.

The fact that these three lessons on statistical thinking coincided with the advent of digital computing, along with a number of other anecdotes in the book, impressed upon me the deep connection between these two fields of thought. Most contemporary Bayesian work would be impossible without computers. It is also possible that digital computing would have come about much differently without an understanding of probability and the scientific method.