In a recent conversation on Twitter, Christopher Zorn said that Stata is fascism, R is anarchism, and SAS is masochism. While only one of these is plausibly a programming language, it's an interesting political analogy. We've discussed the politics of the Ruby language before. 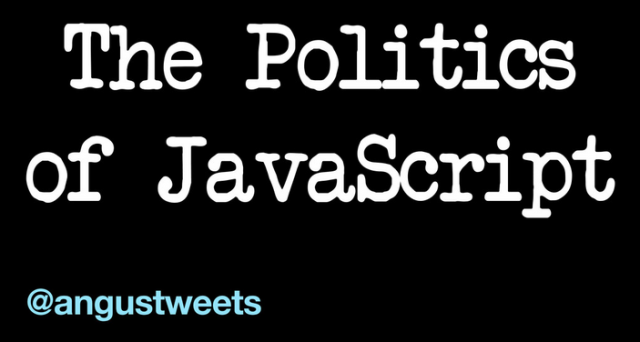 If anyone knows of a video of the presentation, I'd love to see it. Croll also wrote an entertaining article with Javascript code in the style of famous authors like Hemingway, Dickens, and Shakespeare.