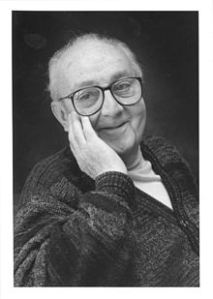 George Box, renowned statistician, passed away on April 10 of this year at the age of 93. As the title of his recently released memoir suggests, he stumbled into the career that made him famous. During the Second World War, he was assigned to the Chemical Defence Experimental Station, located at Porten Down. From there, as he recounts,

[M]y job was to make biochemical determinations in experiments on small animals. The results I was getting were very variable, and I told Cullumbine that what we needed was a statistician to analyze our data. He said, “Yes, but we can't get one. What do you know about it?” I told him I had once tried to read a book about it by someone called R.A. Fisher, but I hadn't understood it. He said, “Well you read the book so you'd better do it.” So I said, “Yes Sir.” (Kindle Locations 750-754).

I found this book useful because so many biographies are written as if the protagonist had his or her life all planned out from the beginning. Autobiographies are a bit more honest on this front, but none as much as Box's.

This is particularly helpful for grad students, who tend to get advice from a very biased sample: successful academics. From their accounts we can estimate the probability that someone successful took a certain course of action. But without information on those who do not become academics, it's impossible to obtain the probability of success when adopting that same strategy. Box's memoir alone can't entirely undo this, of course, but he does relate stories of many of his grad students who chose positions in industry.

Here are some quotations from it that I enjoyed:

The main weakness of the book is its meandering style. Box often goes from anecdote to anecdote in a train of thought style where the logic of transition is unclear to the reader. This becomes less irritating by the second half of the book, either because it received better editing or because I grew used to the style.

Overall, I recommend the book to several audiences: grad students in any quantitative field, practicing statisticians, and those who would like to know more about the personal life of this influential figure.